The Teach 1 To Lead 1 effort is an example of why John made the decision to run for public office. 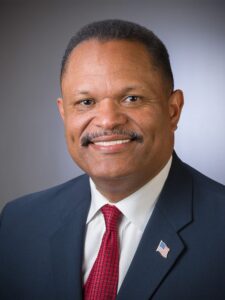 Belton was born and raised in South Louisiana in Basile, in Evangeline Parish. After being told he could not play sports because he could not run with braces. His hard work and faith resulted in being named a high school All- State MVP linebacker.

In 1991, John and Alana moved to Ruston, Louisiana where he began his law enforcement career as an Assistant District Attorney. Then in 2014, Belton was elected District Attorney for the Third JD, Lincoln and Union parishes. And he was reelected without opposition in 2020.

John and Alana have holdings in real estate, restaurants, and legal services. This has given John successful administrative experience in both the public and private sectors. Copelands and WINGSTOP are just two examples of that success.

John has served as a member of the Louisiana Commission on Law Enforcement, the University Medical Center Management Corporation which serves as a key partner of LSU Health Science Center New Orleans, Tulane University School of Medicine and other academic institutions.

Belton has served on the Board of Directors of: First National Bank, the Lincoln Health System Foundation, the Eddie G. Robinson Museum, Life Choices NCLA, and Teach 1 To Lead 1.

The Teach 1 To Lead 1 effort is an example of why John made the decision to run for public office. He ran for District Attorney so he could do more for young people by promoting mentoring programs to help teach and educate our youth.